A week or so ago, makeup artist Kristen White, model Amy Patterson got together to make some fun portraits. I’ve said all along that playing with my craft is one of the creative keys to the kingdom. This one started when Kristen asked “Do you have any Scotch tape?” I handed her one of those ubiquitous black dispensers filled with “magic mending” tape that normally sits in my office. Kristen taped Amy’s face as if it had trim to be masked as one would when painting a house. Several hours later Amy stepped on to the set. Her moves were limited by the back light directly behind her head. She had to do it all with expression-lips, eyes, eyebrows, hands and so on. 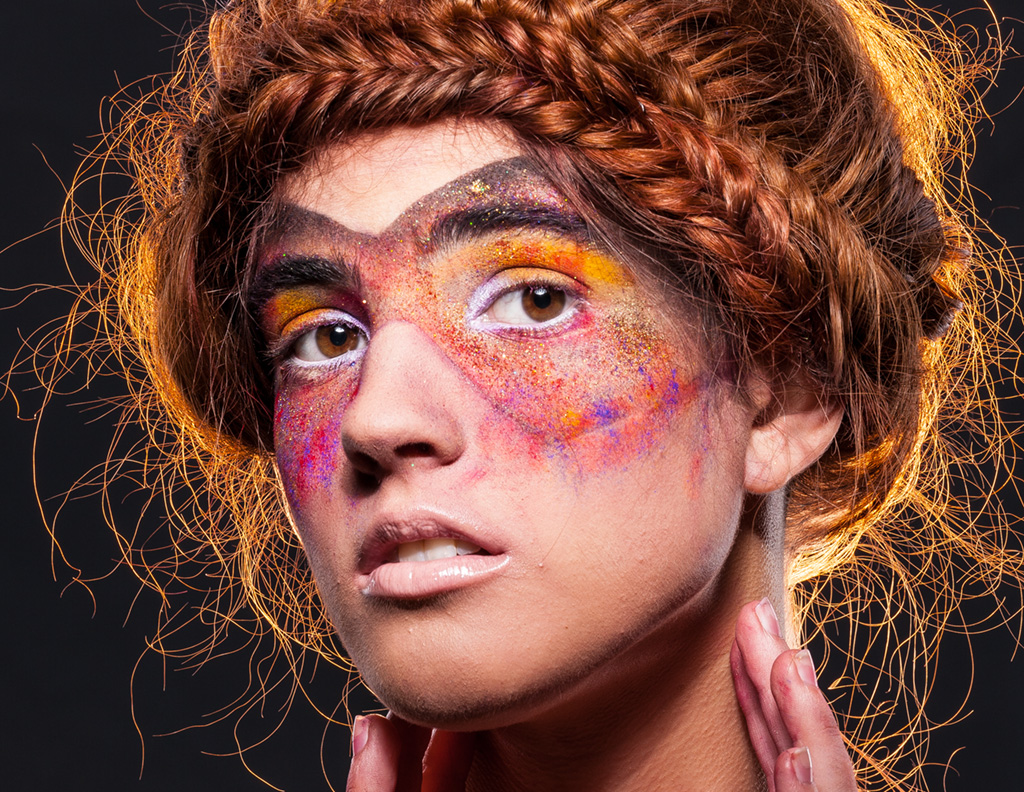 Working in the studio, I always shoot tethered directly into a computer. There are obvious technical reasons for this. I just discovered another one. Holding the mouse button down over the next image button ran through all of the variations that Amy made during the shoot. A hundred and twelve photos. Last night I dropped the works into Premiere Pro CC to create a video of all the photos. Including credits it’s 61 seconds long… er short, really. All of the photos in the video with the single exception of the very last one are out of the camera without any tweaks. Oh. While all of the photos in the video are straight out of the camera, the one above has had some enhancement. Ok. It’s showtime. Take a look then tell me what you think.