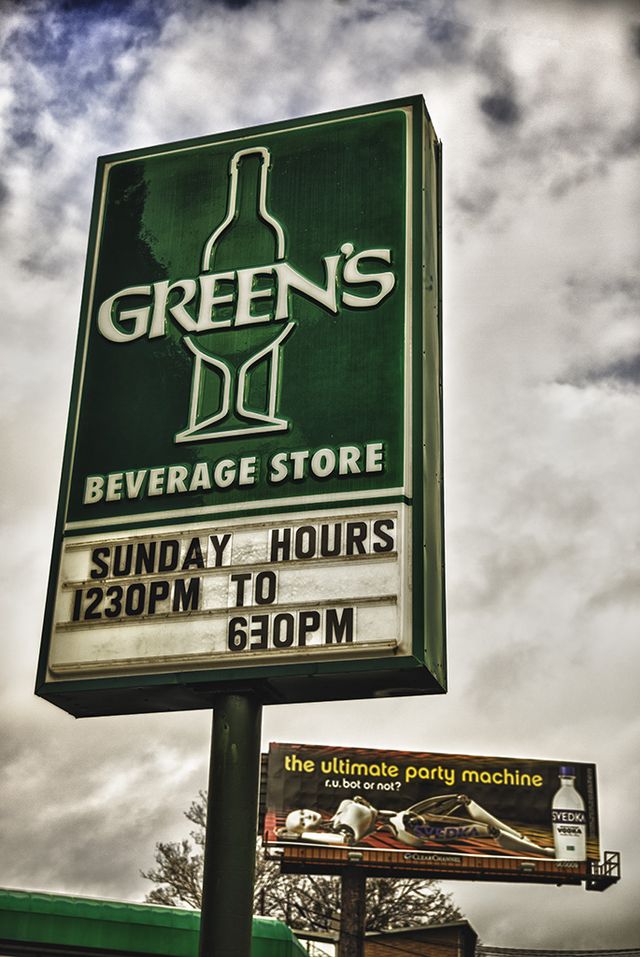 Atlanta is undeniably an international city. It is the world headquarters of Coca Cola, CNN and UPS. It’s home to the world’s busiest airport and the second largest airline. Another change took place to make Atlanta just a bit more international in the European sense anyway. Last November, voters approved selling alcohol on Sundays. For Atlanta, the new law became effective on January first, twenty-twelve.

I made this photograph on Sunday New Year’s day on Buford Highway a few miles north of downtown. Interestingly the parking lot was pretty much full.