New Home Photography from the Ground Up by Kevin Ames

A good client of mine has been planning on building a new home for quite some time now. I’ve been hired to document the process that, if all goes as planned, will take about eighteen months. The schedule will slip, of course. They always do. This is the first of a series of posts that explains the planning behind each phase of photographing the project. Posts to come will feature that photography and video that illustrate the building, finishing as well as the final interiors and exterior building portraits.

My client purchased a lot in a suburb of Atlanta that came complete with a three bedroom home that would have to be torn down. I was brought into the project before the lot was purchased. The client had talked about building a new home for quite some time. Once the lot was secured, a couple of years passed while an architect and a contractor that could realize the client’s vision. After the drawing were complete, the permitting process began. During that time, the house was rented out so it would not become derelict. 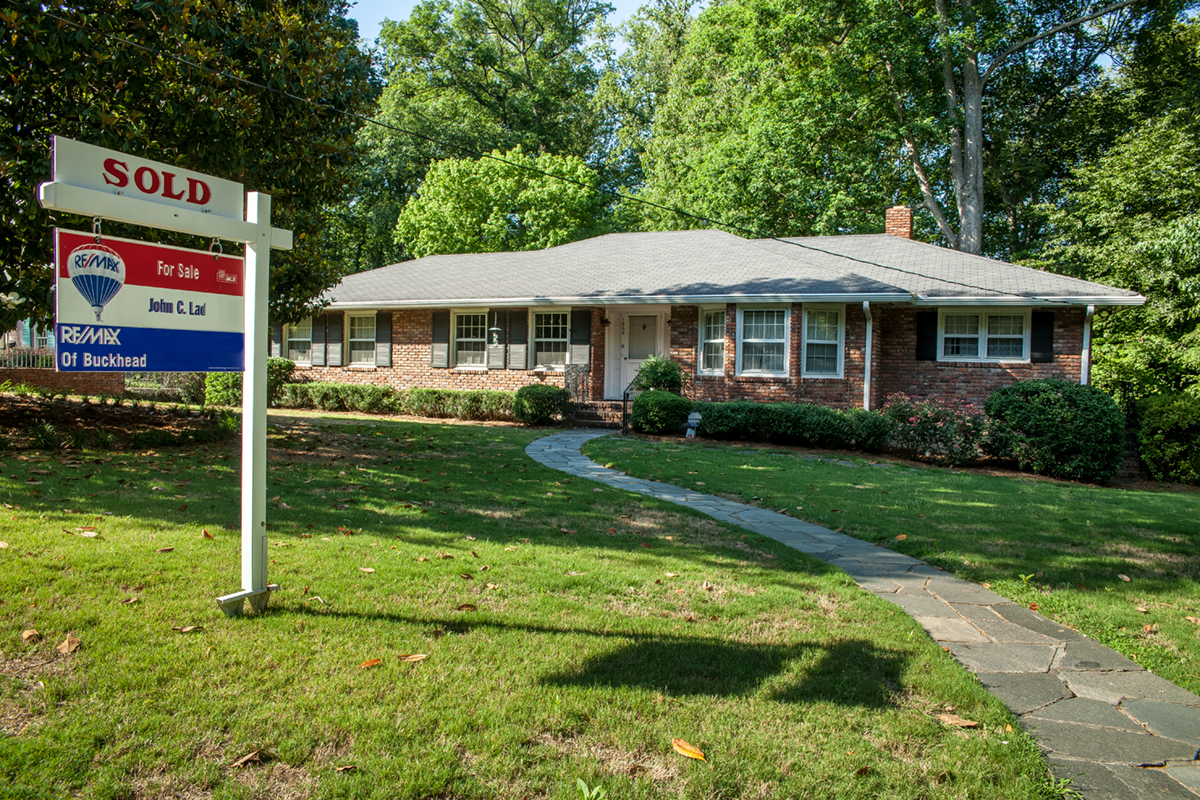 Photography is a lot like house building. It requires a lot of planning and preparation quite some time before the camera comes out. I met with the home owner again once the plans were drawn. The first milestone was clearing the lot of the existing house.  The tear down wouldn’t take long, maybe a couple of hours. Once the date was set, a visit to the United States Naval Observatory website revealed sunrise that morning would be at 5:28.

Photography is not a nine to five business. That morning found me on the location at 4:00. The first scene was of the front of the house composed similarly to the view above. The time lapse photography would start in total darkness then as dawn breaks; the front would be revealed. The next scenes were of the sun rising on the back side. The excavator arrived late morning. I asked the operator where the tear down would begin. His answer set the final scene happening from the left front corner. All was ready. The excavator tore into the building amid sounds of crunching wood, breaking glass and its roaring engine. In less than 45 minutes what had been a decades old home was just a level pile of rubble. A single photograph can only give an impression of the destruction wrought by that big yellow machine. 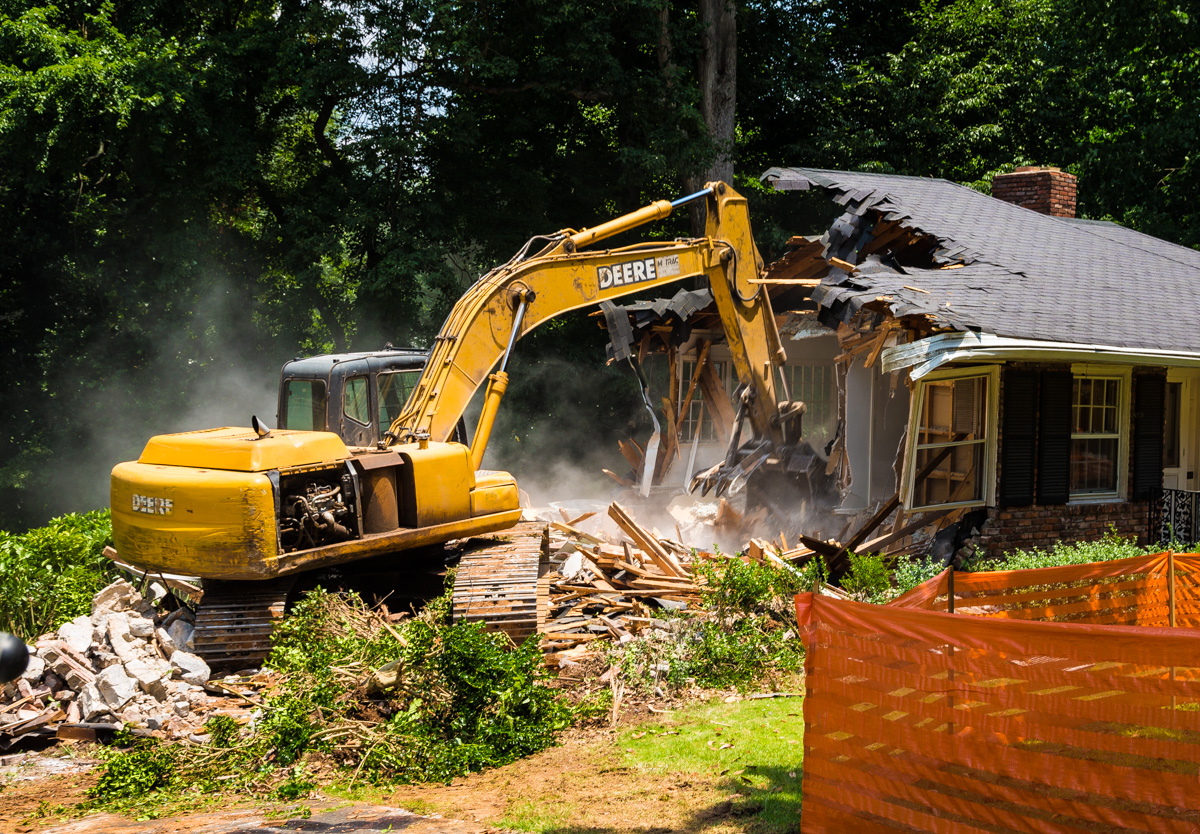 The tear down was amazing to watch in person. The time lapse photographs compressed nine hours and twenty one minutes into eighty-one seconds.

This video is the first deliverable for the project received by my client. There will be more as the project evolves.