There are three constants in life. Death. Taxes. And change. Nothing is forever. That’s not a bad thing nor a good one. It just is the way things are.

The world’s first successful color film, Kodachrome, is gone. There are a still few rolls still around. I have a roll of Kodachrome 25 sitting next to my retired Nikon F5 body. Thing is, the only lab in the world capable of processing Kodachrome stopped accepting rolls day before yesterday. So that single roll is now a relic of photographic times past.
I remember being so excited when I opened my studio in Atlanta in the early eighties. One of the reasons was that Kodak processed Kodachrome locally. I could get it back the same day! I still pass the lab’s location twice a day on my way to and from the studio.
Last week I sent my last four exposed rolls to Dwayne’s Photo in Parsons, Kansas for processing. I haven’t a clue as to what’s on them. When they come back if there is anything interesting in that celluloid time capsule I’ll share them here.

My favorite pizza place closed. I took a camera, a Dynalite 1000 watt second pack, a head a C-Stand, a tall tripod and a Chimera Octaplus that last night to do a group photo. Everybody’s in Virginia Highlands had been there for a couple of decades. Lots of good times were had there. I had my fiftieth birthday partyon the deck at Everbody’s. I’ve shared it with friends from around the country. I’ve made good friends with people who have worked there. Porkchop, Vern, Jennifer, Brian, Ken, Q, Eleanor and Randall are some names I’ll always remember. Photography can be about memories. You can see more of that last weekend here… 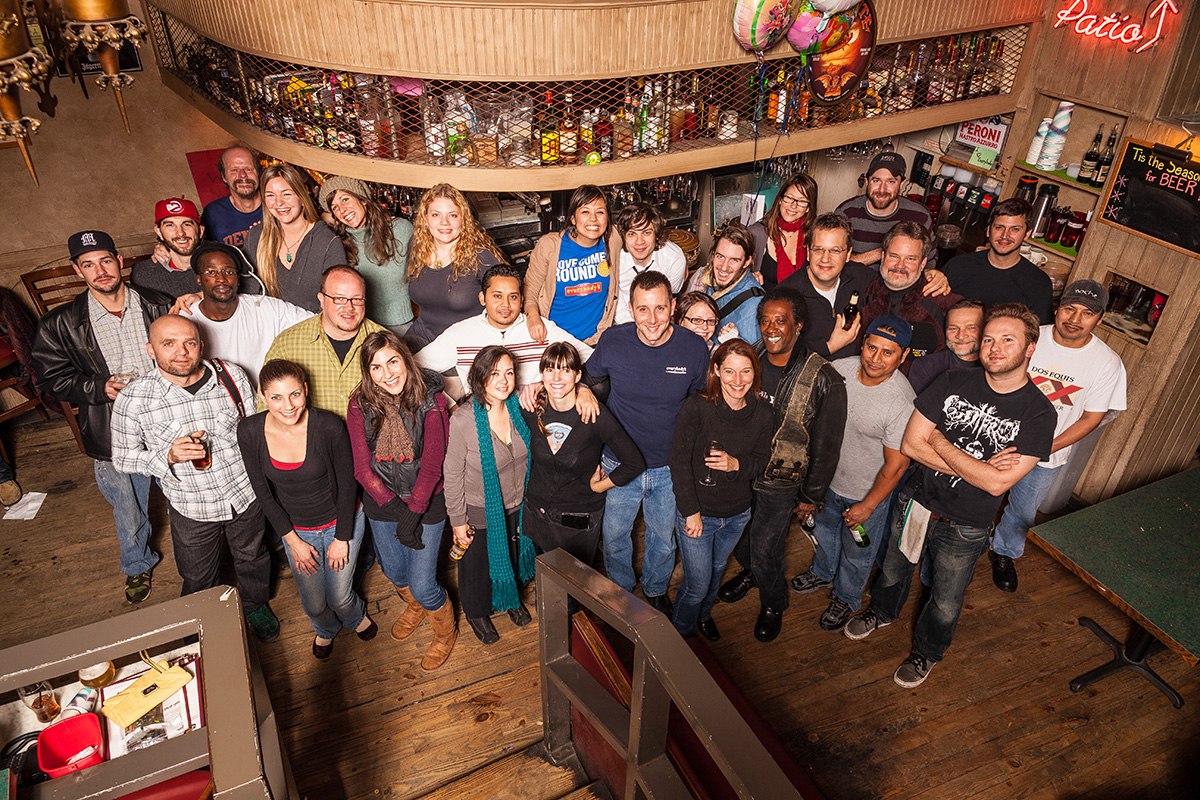 ← Part of the Art • Photographing Fashion at the High Museum
Take Photoshop Out for a Drink! →