It was 42 years ago today that Neil Armstrong and Buzz Aldrin landed their Lunar Excursion Module “Eagle” on the Sea of Tranquility on the moon. Michael Collins remained on board the Apollo capsule “Columbia” while Neil and Buzz walked on the lunar surface. Here is a clip of that historic day when Neil stepped off the LEM saying that’s “One small step for a man…”

Today is also an anniversary for me. Hours before the “Eagle” touched down on the moon; I took delivery of the very first camera I ever bought, a Mamiya C-33 twin lens reflex that shot 120 sized film. This is the camera. Well, really it’s one exactly like it that I found used at Samy’s in Los Angeles a few years ago. I traded the original in 1972 for a Beseler 4X5 enlarger for the darkroom. 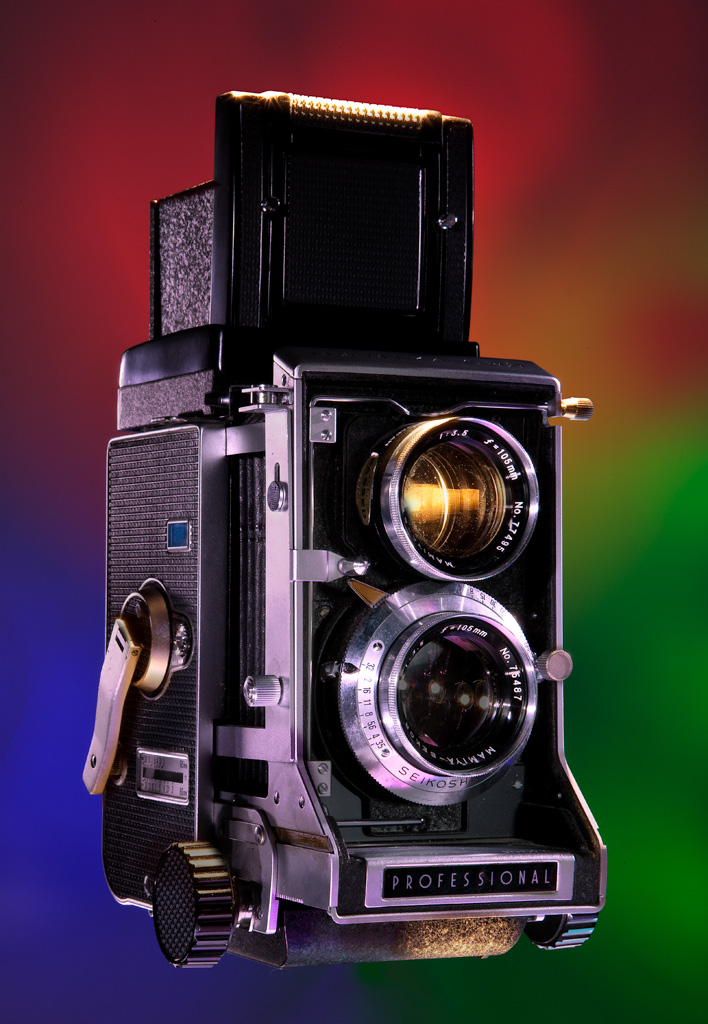 Photography has changed a lot since the landing. Tomorrow the American Space Program closes the Space Shuttle era when Atlantis makes its final landing at the Kennedy Space Center.

I can hardly wait to see what happens next both in our space effort and photography too!