When the company started in August of 1984, calling my business Ames Photographic Illustration made very good sense. Illustrative photographs had to be composited either completely in the camera, in the darkroom or with a combination of both. The comparison below show the composition lovingly named “Cloudbuster” by my client the Westin Peachtree Plaza hotel. The original was made early one December morning on color transparency film with my Sinar P four by five inch camera. Two of the tripod legs were placed on the ledge of the building allowing the camera to see the entire hotel along with its surrounds. 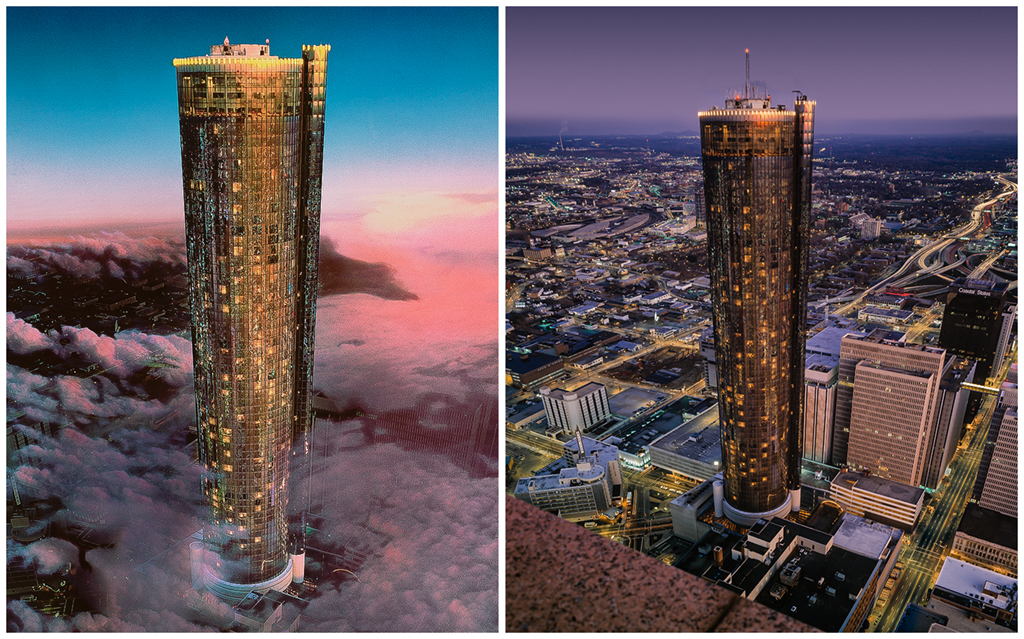 Photographs combined using Photoshop create composites that are much more “eloquent” than they were two and a half decades ago. If this composite were made with current techniques, the antenna farm would be there, Peachtree Street wouldn’t be green and hidden as much. We’d see the park celebrating the one hundredth anniversary of the rebirth of the Olympic Games. I’m sure the horizon would still be lowered. This Westin is still the tallest hotel in North America.

All successful compositions, it doesn’t matter who puts them together, start with great photographs. Making those photographs has always been my passion. The media, film, digital or what might be waiting tomorrow don’t matter either. What does is how a photographer uses light to write the story told by the image.

Technology has made photography more accessible to everyone than ever before. More than 3.8 trillion photographs of our families, events and our world have been made in the one hundred eighty seven year history of the medium.  This year we will take another ten percent of that number. Talk about acceleration!